Excalibur, legendary sword of King Arthur. It includes sheath. There are several stories of how Arturo possessor of the mythical sword is made. Geoffrey of Monmouth only says that it was forged in Avalon Em>, Without elaborating. P>

The first version of obtaining Excalibur is what tells Geoffrey of Monmouth in Historia Britanniae Regium: Upon the death of King Uther Pendragon, Merlin forged on the island of Avalon (the island of fairies) a sword (Excalibur) and nailed it a stone that was next to a chapel in London. Arthur had traveled to the city with his adoptive father and brother, and his brother squire would Cay. Arturo forgot sword Cay at the inn, and went for it, but the inn was closed, and seeing the sword Excalibur from the stone next to the chapel, Arthur took it and gave it to Cay. When it was discovered that this was the sword from the stone, people proclaimed King Arthur. 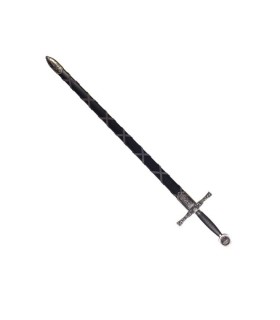 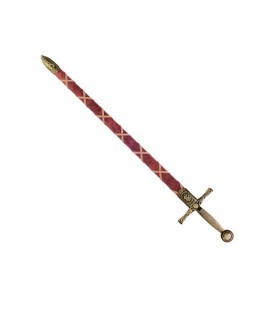 £100.36 £111.51
Discount-10%
Excalibur legendary sword of King Arthur. There are several stories of how Arturo possessor of the mythical sword is made.
Add to cart
Favorite 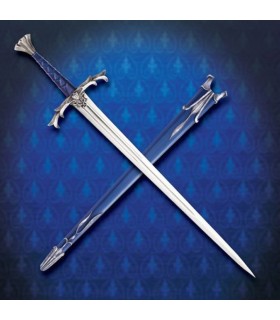 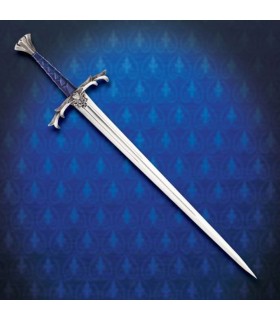 The sword of Excalibur Functional

Excalibur sword functional. This sword has a blade of high carbon steel and other metal fittings with antique finish that mimic the flowers of the spring. The grip of two hands and the sheath of wood, covered with...
Add to cart
Favorite 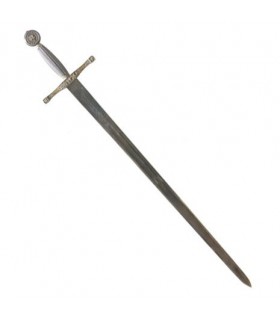 £31.63 £39.53
Discount-20%
Medieval sword Excálibur in latex. A replica perfect of the sword wielded by king Arthur. Takes a handle of hard rubber lined in front for good balance and excellent control. The core of the fiber light-this weapon...
Add to cart
Favorite £123.90 £137.67
Discount-10%
Functional Excalibur Sword with carbon steel blade. This type of sword was very popular during this period and was carried by many warriors. High-carbon steel blade, well-balanced and well tempered, with aged brass...
Add to cart
Favorite