Sword Barbarian. History - legend - films (Conan) etc, remind us of the tribes of slav origin, German and French which swept Europe between the centuries III and VIII, coming to conquer Rome itself. Called Barbarians by their customs, uncivilised, this term came to have connotations diabolical by their wild and tough nature.

In a world where strength was the law, their swords were robust and powerful, a sign of authority and respect. This set of tribes and peoples booms in a Europe fragmented and devoid of a strong political organization until the beginnings of the Carolingian Empire.

£86.95
Sword of Alfonso X, the Wise made in Toledo (Spain), with corrugated stainless steel sheet and ribs fist carved by hand. The guard, and pommel are golden fist. Size Natural.- 102 cms.
Add to cart
Favorite 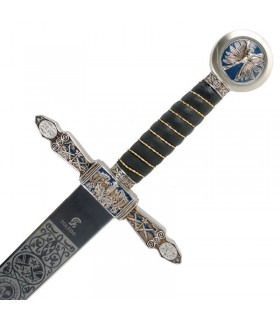 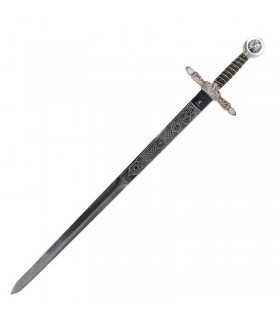 £88.99
Masonic Sword (choose gold / old black or silver). P&gt; MASONRY philanthropic, philosophical and progressive institution, which aims at finding the truth, the study of ethics and practice of solidarity, and working...
Add to cart
Favorite 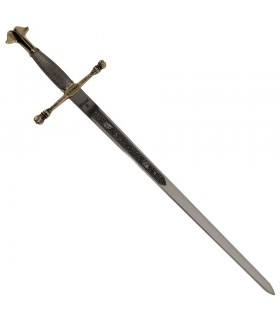 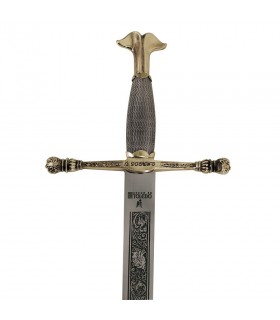 £34.55
Sword cadet of Charles V with a blade manufactured in stainless steel and grip strung with iron wire. The knob and the guard come with a gold finish rustic. It is a sword made in Toledo by the master craftsman J. L....
Add to cart
Favorite 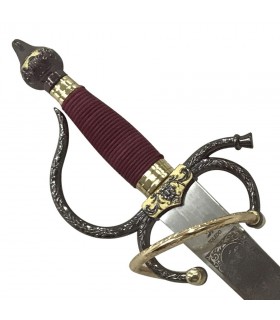 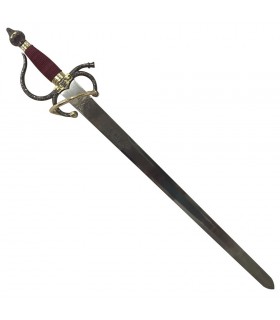 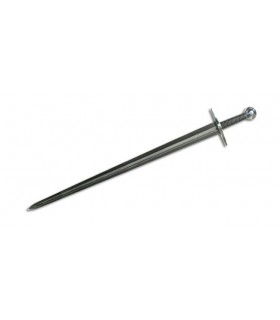 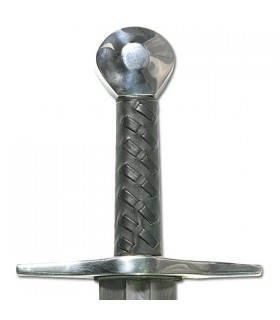 £491.48
The Marshall Sword of English origin is a faithful replica of the one found in the British museum. It is a functional blade sword with damascus steel folding. The hilt is wrapped in bound leather. Includes sheath that...
Add to cart
Favorite