Gladius Sword of Julius Caesar (finished in gold or bronze). It can be purchased with the sheath which in principle is decorative. No belt clip.

His full name was Gaius Julius Caesar (101 BC - 44 BC) was the best head of state, both military and political, of ancient Rome. During his lifetime the empire was expanding and strengthening; Roma, the Republic, became one representative government, and Caesar was its first dictator. His historical works, which are among the best ever written in Latin, dealing with the military campaigns waged in Gaul and civil wars. Caesar was an architect, mathematician, and one of the best speakers in the world.

Undoubtedly, he was an ambitious man and therefore enjoyed the power he had in his hands. It is said that he wanted to be crowned king. A person with such power to threaten the Republic, as stated Gross, Casio and other conspirators sufficient reason to justify his murder. 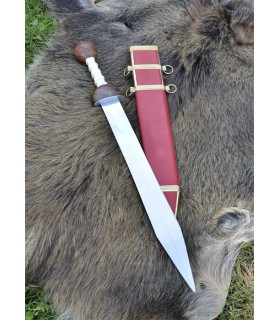 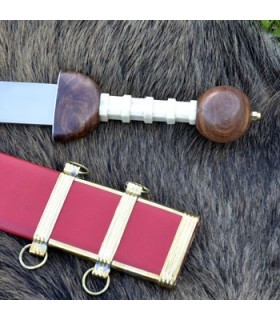 £55.94 £62.16
Discount-10%
Replica of a Roman legionary Gladius Sword. Blade made of carbon steel, handle animal bone. The handle and guard are made of wood. It includes wooden sheath covered in leather with brass metal finishes.
View more
Favorite 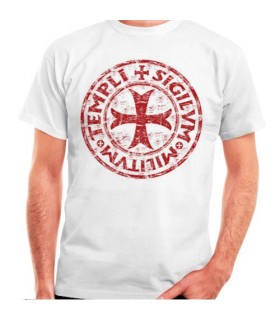 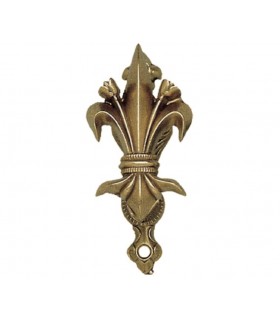 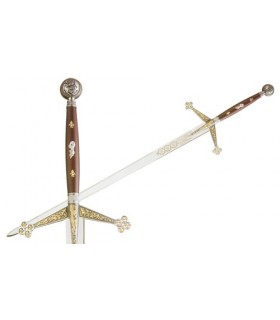 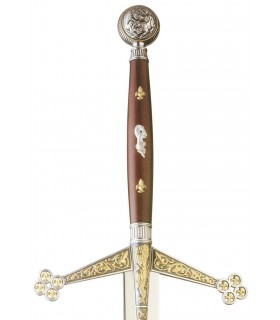 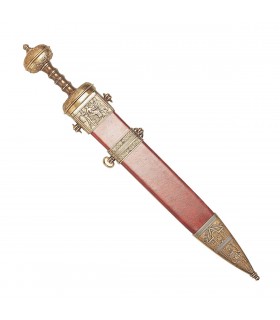 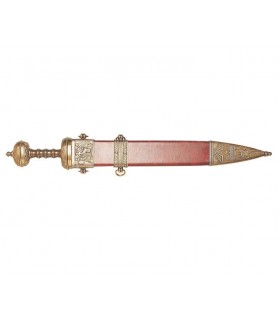 £43.62 £54.53
Discount-20%
Short sword type Gladius of Windlass. The sword measuring 58 cm and the sheet is 43.5 cm, The sword comes equipped with a sheath of wood lined with leather. The blade of this sword is carbon steel forged by hand and...
Add to cart
Favorite 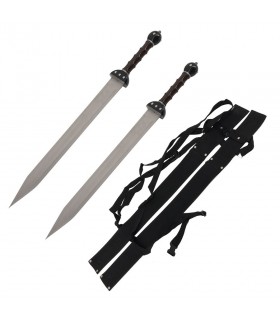 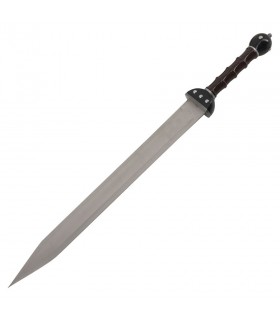 Set with type 2 Swords Gladius, type fantasy, including nylon sheath and lanyard for hanging on the back. P&gt;
Add to cart
Favorite £31.47 £39.34
Discount-20%
Gladius sword Roman in latex, 69 cm lightweight and well-balanced. Handle wrapped in suede. Made of high-quality latex. Ideal for recreacionistas LARP, practitioners, or theatrical performances. Made by Windlass...
Add to cart
Favorite 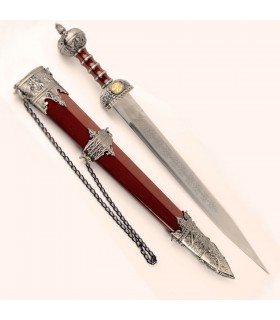 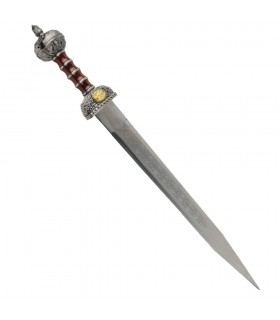 £52.35 £58.16
Discount-10%
Roman Gladius sword with stainless steel blade 440. It is decorative. Sheath has a small chain to adjust the belt. The Gladius Sword of ancient Rome is white double-edged sword used by Roman legions.
Add to cart
Favorite 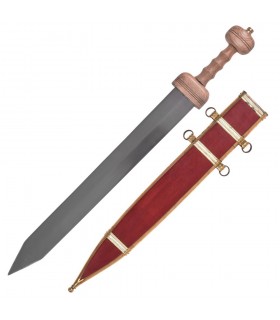 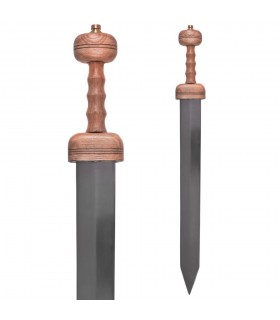