Medieval sword functional Shrewsbury, XV. The blade is double-edged forged steel EN45 hardened and tempered. The blade is riveted to the pommel, comes without blade and with a rounded tip. The grip is wood with a leather lining. Includes a beautiful sheath of wood covered in brown leather.

On July 21, 1403 the Battle of Shrewsbury (Shropshire, England) gave the victory of Henry IV of England about an army led by his former supporter, Sir Henry Harry Hotspur Percy of Northumberland (made famous forever by Shakespeare in his history of 1598 play Henry IV Part I). Percy, who had turned against the king and allied with Owain glyndwr rebellion, the rebel leader of the Revolt welsh 1400-1415 (also known as the glyndwr rebellion Rising), was killed during the fray, leading his army to disperse and fall to the rebellion. 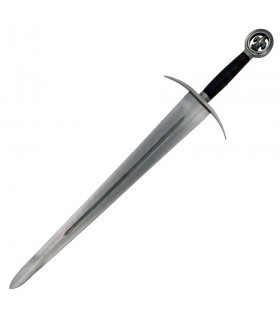 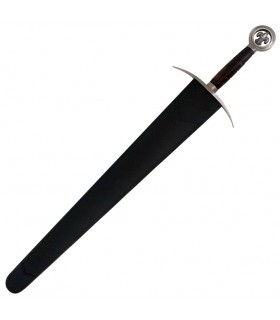 £65.17
Sword Toledo model Daguesse with a blade forged in stainless steel. The sword is decorated with a fleur-de-lys on the knob. For this model there is the possibility of adquirila with a sheath of leather to measure.
Add to cart
Favorite

£72.63
Ideal for medieval sword training (no contact). Made with carbon steel blade and full tang and blunt. The knob is double bolted. Grip covered in leather.
Add to cart
Favorite 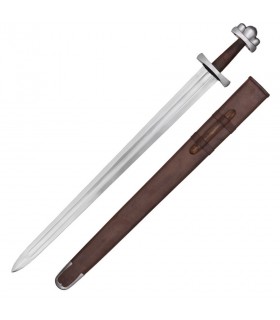 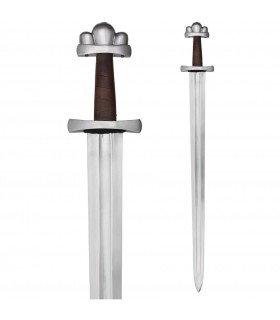 £81.72
Sword of Enrique IV of England of century XIV apt for training. Forged with high quality carbon steel blade riveted to the knob. Originally the sword was found in the tomb of Henry V of England.
Add to cart
Favorite

£103.76 £115.28
Discount-10%
Fully functional left handed pirate sword with blade made from high carbon steel. The guard is made of brass and the hilt is made of wood.
View more
Favorite