Sword English of the Civil War. The sword cut and thrust was used after 1625 by cavalry during the English Civil War. Po general, this sword sported a grip of a half-basket with a straight blade some 90-105 cm long. These grips were often carved and the design is very intricate. The blade of our sword is measures 81 cm and is made of carbon steel 1055. Includes sheath.

After the execution of king Charles I (1649), were swords with a basket that represented the face or death mask of the king 'martyr' in the grip of hence, these swords were known as 'sword death'. Swords, funerary remained in use until around 1670 when they fell from favor among the civilians and they began to be replaced by the small sword.

This design belongs to the group of swords known as the basket-hilted sword by the basket of the guard that protects the hand. It was used as sword military, in contrast with the rapier, a thin sword duel very popular in the civil sphere of the time. 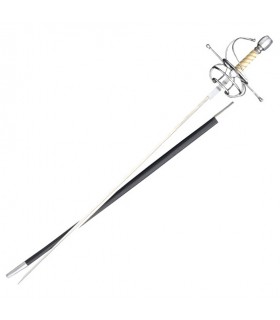 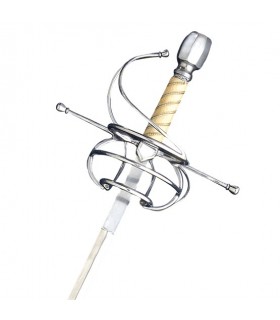 £215.05 £238.95
Discount-10%
Claymore sword with Scottish knot basket hilt, is equal to any other wielded by members of the clan, who invaded the English in the battle of Falkirk on January 17, 1746. The basket-type grip is a faithful...
Add to cart
Favorite 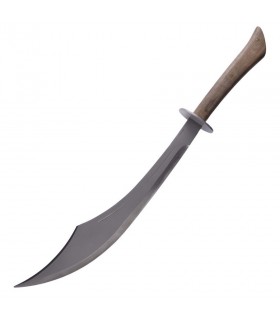 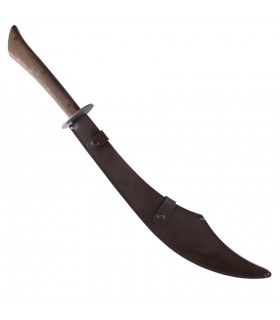 £133.03
Sinbad functional scimitar with sheet made of high heat treated and tempered 1075 carbon steel up to a hardness of 56-58 HRC. Wooden handle. Includes leather case.
Add to cart
Favorite 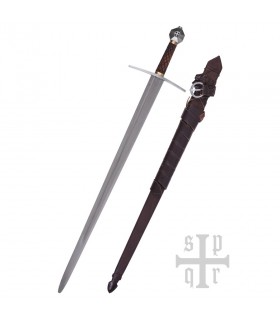 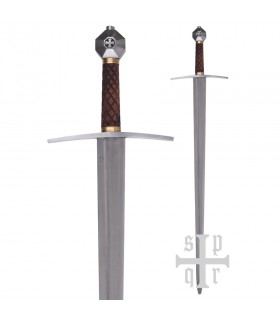 £385.12
Medieval sword of a hand model Oakeshott Xlla, XIII. It has a design that is based on a sword assigned to Konrad von Thüringen (Conrad of Thuringia, Grand Master of the Teutonic Knights from 1239 to 1240 AD. Our model...
Add to cart
Favorite 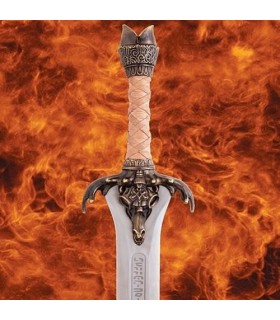 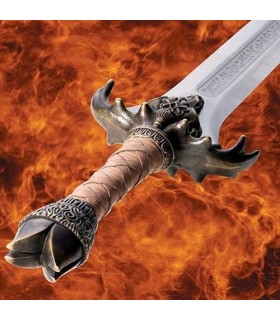 £244.94 £272.16
Discount-10%
Father Sword Conan the Barbarian functional. Forged 1085 high carbon steel with a hardness of 52 HRC. The exact replica of the film. It comes with a certificate of authenticity.
Add to cart
Favorite