Kukri battle traditional Bhojpure. Each kukri is hand made of cast steel, forged, molded, and hammered by the Kamis (descendants of the God Vishwakarma) who live in Nepal. Comes complete with sheath and original 2 knives kukri small.

This Kukri Battle original was made before 1890. Other kukries were made long before, but it is difficult to determine the exact date. Each kukri is hand made of steel it was cast, forged, molded, and hammered by the Kamis (descendants of the God Vishwakarma) who live in Nepal. While the spears and the sword Kora (broadleaf and typical curve of the tribes of the gurkha of Nepal) were being replaced by firearms, the kukri was the weapon of choice for melee combat. The BhojPure is popular among nepalese because that brings good fortune and prosperity, but in the skilled hands of the Gurkha, became a weapon of terrifying. All of them have been brought by both the nepalese army and by the british army. 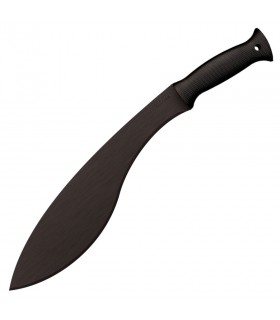 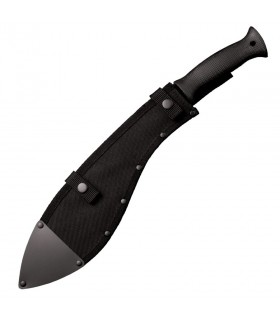 £125.07 £138.96
Discount-10%
Knife Kukri Nepalese with a design of the Victorian Era. The design of this Kukri is the official nepali dating from the early 1900s. These kukri of the victorian era were made by hand to the regiments, Gurkha british...
Add to cart
Favorite 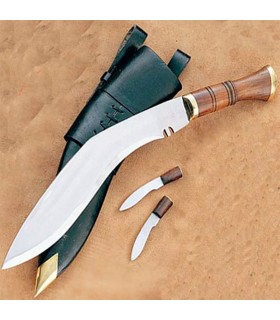 £30.90
Knife Gurkha Kukri Nepalese blade rome carbon steel forged and hand grip is made of carved wood. Includes sheath of wood lined in black leather. On the back features 2 cuchillitos small; the karda and the chakmak (8...
Add to cart
Favorite 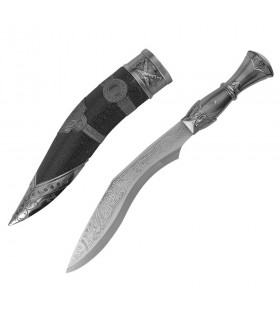 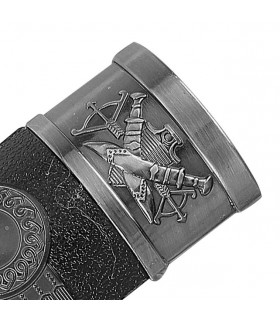