Xena sword forged with stainless steel and manufactured in the factory Marto Toledo (Spain). It is the exact replica of the series. Xena is the main character in the television series "Xena: Warrior Princess".

Xena: Warrior Princess is a television series originally broadcast between September 15, 1995 and June 18, 2001. Religion The series was created in 1995 by the directors and producers Robert Tapert and John Schulian, with the help of producers Sam Raimi and RJ Stewart. P>

The idea came from Xena, a secondary character in the first season of Hercules: The Legendary Journeys. You shot in New Zealand, it is a co-production between China and the United States. The series was produced by Pacific Renaissance Pictures Ltd, whose owners are Robert Tapert and Sam Raimi, producer of the series and distributed by Universal Studios. The series, set in ancient Greece, follows the adventures of Xena (Lucy Lawless) and Gabrielle (Renee O'Connor), two great warriors and inseparable friends who struggle against the injustices of the time.

5 Score:
Guest G  -   08/08/2019
Beautiful! The polished brass with the black detailed accents, the mother of pearl inlays, the polished stainless steel make for one very attractive showpiece. Not a toy or something you would want to play with.
4.9 5 8
Customers who bought this product also bought: 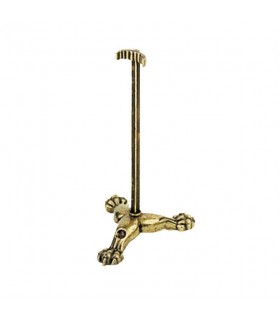 Support for one letter opener 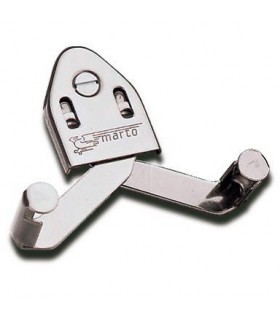 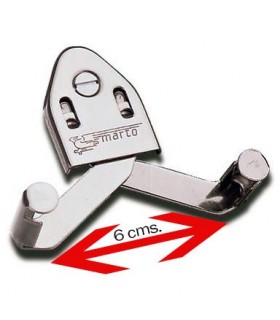 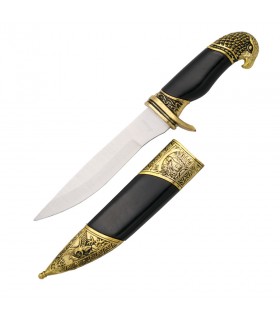 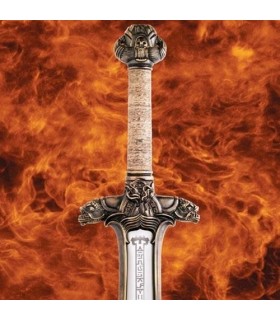 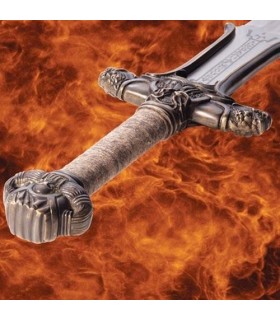 £246.13 £273.48
Discount-10%
Atlantean Sword functional and certificate of authenticity Conan. Made of sheet high in 1085 carbon steel with a hardness of 52 HRC.
View more
Favorite 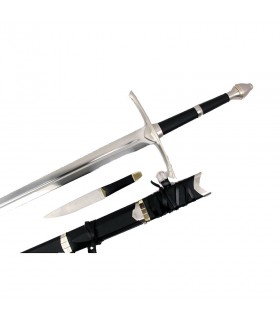 Sword is NOT an official Strider, the Lord of The Rings

£102.65
Sword is NOT an official Strider of the trilogy of 'the Lord of The Rings'. The blade is made of stainless steel. The sheath and the grip are made of imitation leather. Includes the sheath and the knife. The sword...
Add to cart
Favorite 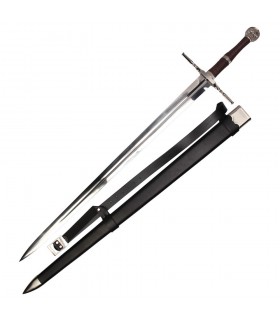 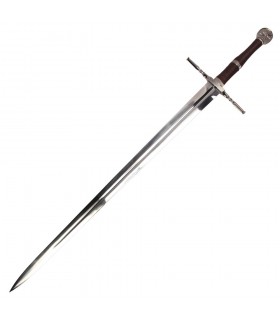 £84.71 £94.12
Discount-10%
Sword of Geralt de Rivia from the saga "The Witcher". The saga of Geralt Rivia is a series of fantasy stories created by Andrzej Sapkowski. This sword is worn by Geralt in the third installment of the video game saga...
Add to cart
Favorite

Sword of Thranduil, The Hobbit

£267.24 £296.93
Discount-10%
Sword of Thranduil from the famous trilogy 'The Hobbit'. The sword of the King of the Elves was one of two twin swords made for Thranduil. The blade and the handle are forged with vines and symbols of leaves that...
View more
Favorite 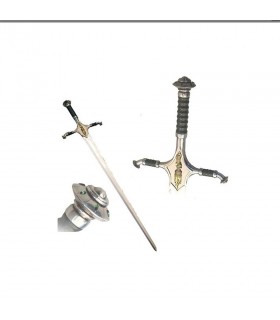 Sword of the Power of Truth, Shannara

£55.83
Sword of the Power of Truth, Shannara. Sword with steel blade decorated in relief with a hand holding a torch, the point of support of the magic power of the sword. The arms of the grip and the handle are covered with...
Add to cart
Favorite

Sword Robb Stark, a song of ice, in latex

£28.97 £36.21
Discount-20%
Sword made of high-quality latex and perfect for your many battles LARP. A sword, simple but durable, with a perfect size to handle with a single hand. A sword perfect for adventurous experienced or initiated in the...
Add to cart
Favorite