Exclusive helmet of the series 'Armor-Historical' manufactured by MARTO. Includes the certificate of Origin and Quality 'Made in Toledo'. It is a helmet made by hand, piece by piece, by the master craftsmen of Marto.

The Helmet is the ‘piece of the armor, that covers and defends the head’. In the early medieval centuries, to protect the head we used a simple helmet of metal, of conical shape, without a brim or jugular to which it was added in the tenth century appendix nasal rectum. Subsequently was added the visor, movable part and the most important of the helm or helmet, covering the face of the warrior during the fight, which arose when there was need of fresh air and a better look at the objects. In the Middle Ages consisted of three parts:

The visor is an invention very old as seen on the helmets of the greeks and of the etruscans, as well as those used in the tenth century and beyond. 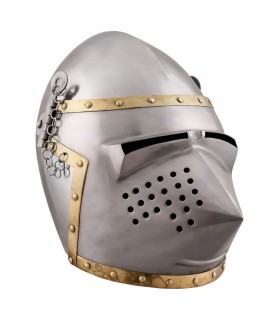 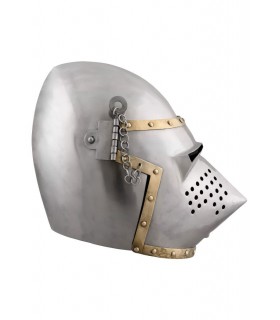 £78.06
Bacinete weevil, pig face with viewfinder year 1390. Made of steel of 1.6 mm. thick and riveted with brass decorations. Inside wears a leather chin strap with chin straps.
Add to cart
Favorite 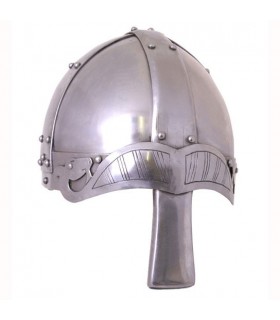 £104.14
Spangen medieval helmet fully functional with a thickness of 2 mm. This helmet comes with leather interior protection and barbell. Also includes a cotton Cloaklin. The helmet is one size and has an inner perimeter of...
Add to cart
Favorite 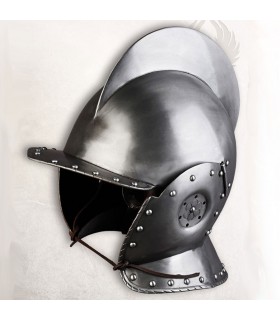 £108.35
Sigismund medieval helmet Burgonet sixteenth century with wings for protection for ears and neck. It has an inner lining made of foam and covered in cotton.
View more
Favorite 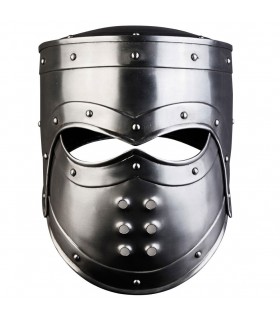 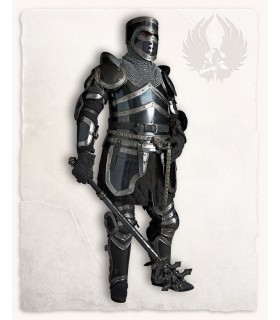 Edwardian medieval helmet riveted. Its design is based on the originals with the difference that the eye opening has been made with a more functional and large design. Made of 1.2 mm mild steel. thick.
Add to cart
Favorite 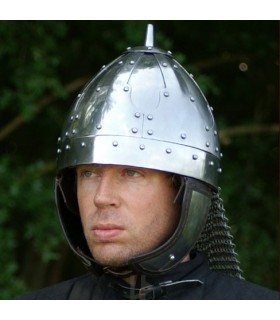 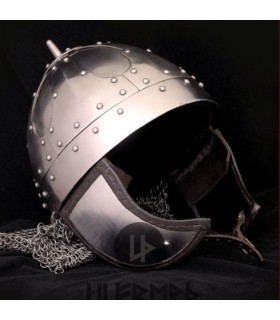 £139.34
Medieval helmet functional Spangenhelmet with guard-ears and Aventail type Baldenheim. Based on the found helmets of the V-VI century AD. All parts are welded and riveted. Thickness: 2mm Includes adjustable leather...
Add to cart
Favorite