Helmet Corinthian in brass with a design inspired by the models used during the S. VII. This reconstruction of a helmet corinthian, early used by the hoplitas spartans is a brass construction one-piece (1.2 mm / 18 gauge). The interior is not lined, but the delivery includes a cap of cotton padded makes this fine helmet is completely portable for recreation, LARP, theatre, etc

The helmet corinthian, originally made of bronze, takes its name from the ancient Greek city of Corinth and has its roots at the beginning of the seventh century. C. Your employer has evolved over the centuries, reaching its classical form in the fifth century. C. The typical characteristics of this particular type of helmet were the crown is domed, the protector of the neck that protrudes out, and the distinctive divided front with openings / cutouts for the eyes and the protector of the nose. Although it soon spread to Italy and beyond, has remained the archetype of the helmet Greek or spartan until our days. 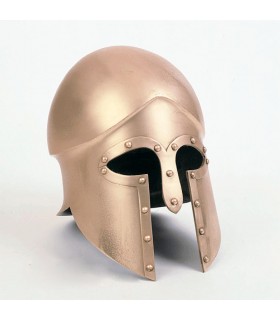 £190.14 £211.27
Discount-10%
Replica of the helmet Corinth of Ancient Greece. Outside of combat, a hoplita griego would use the helmet tilted upwards for your convenience. This practice gave rise to a series of different designs in Italy, where...
Add to cart
Favorite 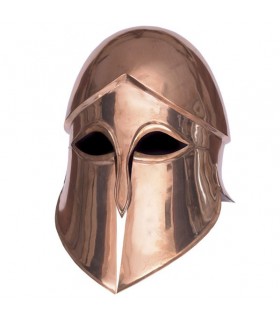 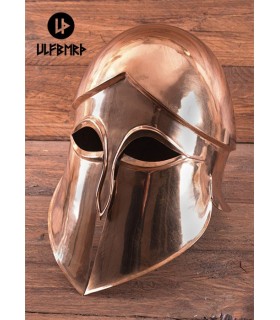 £210.90
Grecian Corinthian helmet made of bronze without rivets. Includes padding. Circumference of 65 cms. One size. p&gt;
Add to cart
Favorite 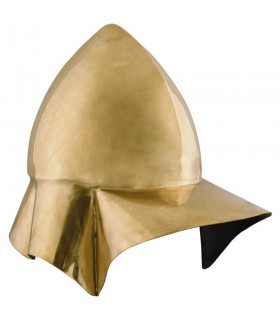 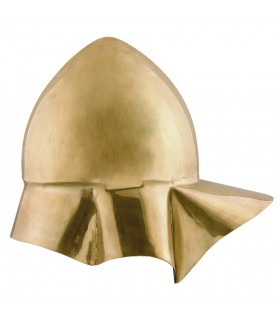 £142.32
This military helmet Greek was inspired by a find of bronze, well-preserved recovered accidentally the Tigris river, Iraq, in 1854. The original engine, dated in the IV century. BC and is believed that it belonged to...
Add to cart
Favorite

£85.40
Hull Myrmidon Greek Trojan horse with plume of horse hair. This helmet is inspired by the one used by the character Achilles, played by Brad Pitt in the movie Troy. It is hand-made with finishes of aged. Includes padded.
Add to cart
Favorite 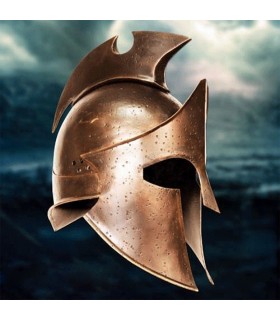 £240.62 £267.35
Discount-10%
Helmet official of Themistocles, the second movie of 300 "on The origin of an Empire", made of steel with an aged-bronze finish. The interior has a padded lining, soft and adjustable. The total weight of the hull is...
Add to cart
Favorite