Board game Hexcalibur (In Spanish)

Board game brand SD GAMES. Prepared for 2 players, is a game set in the universe of the legend of King Arthur. It is a title of combat and conquest with hexagons. Game in Spanish.

Arturo Pendragón just become king of Britannia. His step-sister, Morgause, advances on the north by an army of saxons, hordes of warriors, pagans threaten from the woods and his reign will require war.

Hexcalibur is a game of enfretamiento and combat for two players. Each one chooses a faction (Achieve, Cumbria or Pagans) to face on a board composed of hexagons with their troops of knights and monsters legendary.

It is a fast paced game for ages from 10 years and games, barely half an hour duration.

Best Price Guaranteed about "Board game Hexcalibur (In Spanish)" 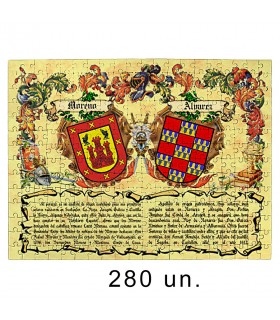 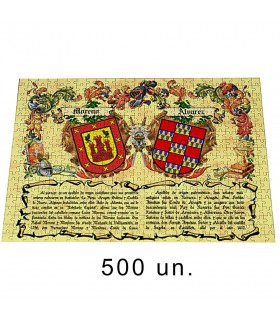 £26.91
Original Puzzle game with pieces of cardboard and your Coats of Arms with 2 last names. Includes box puzzle 280 and 500 pieces: measures 28x20x5 cm with photography. Image heraldic shields of the 2 surnames History of...
View more
Favorite

Puzzle of 1000 pieces of Harry Vs Voldemort Harry Potter

£13.00
Puzzle of 1000 pieces of Harry Vs Voldemort Harry Potter.
Add to cart
Favorite £21.74
Fairy Tile is a beautiful and fun game table original publisher IELLO illustrated by Miguel Coimbra. Is prepared for 2 to 4 players from 8 years of age, about half-an-hour. Players create a single narration while...
Add to cart
Favorite

£43.45
Dead Man's Doubloons in Spanish. Board game brand Tcg factory. Prepared for 2 to 5 players, with games of 30 to 45 minutes. Each participant assumes the role of a pirate captain with unique abilities and will have to...
Add to cart
Favorite

Jack pirate ship. 55 3D puzzle pieces to assemble. Approximate size: 28x26x10 cm &lt;./ P&gt;CAUTION! Not suitable for children under 3 years because of the danger of small-piece choke. Use only under adult supervision.
Add to cart
Favorite 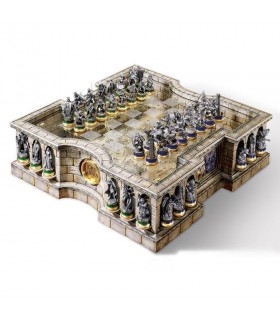 Chess Official the Lord of the Rings

£493.14
Here's to a super game of chess! A true collector's item, embedded in an ancient map of Middle-Earth under the dash. Find on the basis of images that present characters and memorable scenes from the movies of the...
Add to cart
Favorite 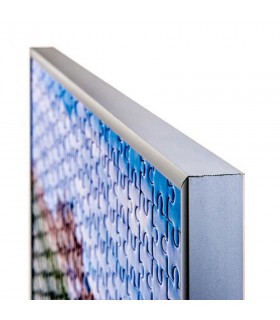 £45.38
Original Puzzle framed in aluminum with 280 pieces of cardboard and your Coats of Arms with 2 last names. Sold mounted on a panel adhesive. Can NOT be taken apart. Image heraldic shields of the 2 surnames History of...
View more
Favorite Board game Robin Hood and his merry companions (in Spanish)

£52.14
Board game of Robin Hood and his merry companions. It is a game of style eurogame and semicooperativo. Is prepared for 1 to 5 players. Includes variant in solo and fully cooperative. Language: SPANISH Age: 14 years...
Add to cart
Favorite 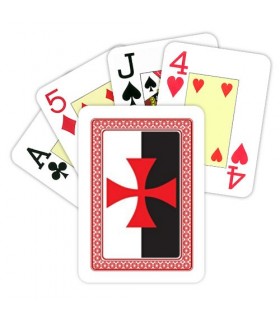 £13.57
Deck French Medieval custom with the design of the Templar Cross on the back of the cards. The baraja española is composed of 55 cards; four suits which are hearts, diamonds, spades, and clubs.
Add to cart
Favorite 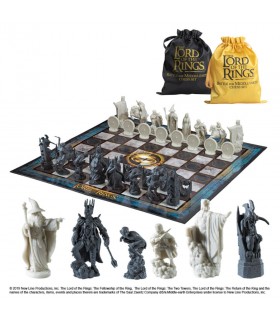 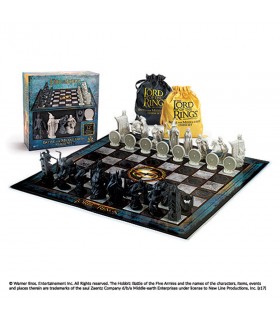 Chess Battle of the Earth Mediela, the Lord of The Rings 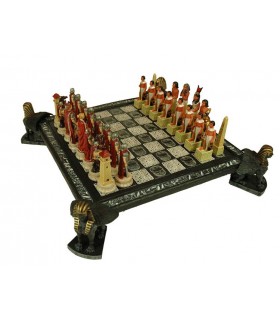 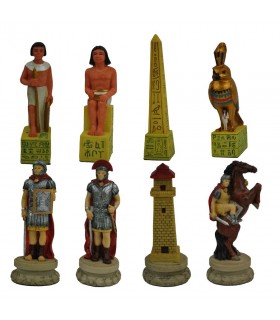 Board game Rhodes (In Spanish)

£34.70
Board game brand SD GAMES. Prepared for 2 to 5 players. Rhodes is a board game of strategy that shifts the action to the year 292 to. C. and converts to participants in the farmers and merchants who will have to...
Add to cart
Favorite 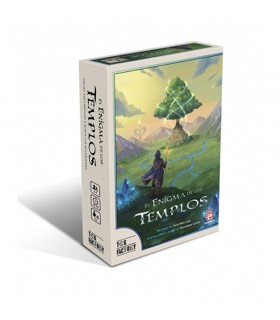 Board game The Riddle of the Temples (In Spanish)

£17.35
Originally known under the title of Mystery of the Temples, is a small game-style eurogame mechanics and abstract mixture control areas with a collection of lots and programming of movements. The Enigma of the Temples...
Add to cart
Favorite