Sword Is Not An Official Ice-Eddard Stark

Sword is NOT an official ice-Eddard Stark of the Collection Game of Thrones. Made of steel sheet and handle of wood with pieces of mango in aged brass. Includes wood plaque, silk screened.

Lord Eddard Stark , also known as Ned Stark , was the head of the House Stark , Lord of Winterfell , Lord Paramount and Warden of the North , and later the King's Hand to King Robert I Baratheon . It was the older brother of Benjen , Lyanna, and the younger brother of Brandon Stark. Is the father of Robb , Sansa , Arya , Bran and Rickon of his wife, Catelyn Tully, and uncle of Jon Snow , who he raised as his bastard son . It was a husband and a father, dedicated, a loyal friend and an honorable lord.

The execution of Eddard and the revelation of the illegitimacy of the children of Cersei was the spark of the War of the Five Kings between Joffrey Baratheon , Robb, Renly Baratheon , Stannis Baratheon and Balon Greyjoy , to be posthumously responsible for the participation of four kings in this war. 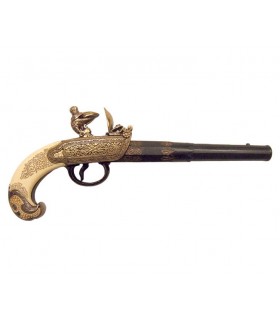 Russian pistol manufactured in Tula, XVIII century. In 1718 Tula was visited by Tsar Peter I "The Great", who commissioned the oligarchical Demidov family the construction of the first factory of war materials in...
Add to cart
Favorite 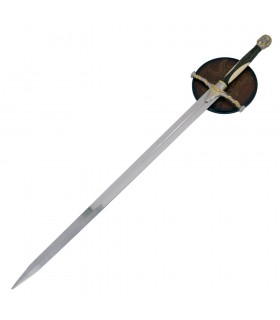 Sword is Not the Official Jamie Lannister, Game of Thrones

£91.68 £101.87
Discount-10%
Sword is NOT the official Jamie Lannister, a character from the famous series Game of Thrones. The sheet of 97 cms. it is made from steel. Includes wooden stand. Be Jaime Lannister, nicknamed Matarreyes, is the Lord...
Add to cart
Favorite

Sword is Not official Ned Stark, Game of Thrones

Sword is NOT an official of Ned Stark of the famous saga of Game of Thrones. The sword has a bronze finish. Eddard Stark is a fictional character from the saga a Song of ice and fire writer George R. R. Martin, in...
Add to cart
Favorite 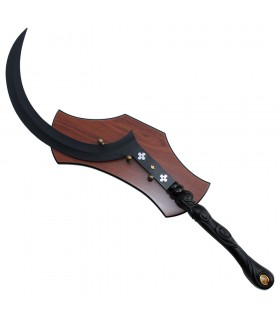 Axe is Not official Khal Drogo, Game of Thrones

£90.02 £100.02
Discount-10%
Axe is NOT an official of Khal Drogo, a character from the famous series Game of Thrones. The sheet is produced in steel and handle in ABS. Includes wooden stand. Khal Drogo is a fictional character of the series of...
Add to cart
Favorite

Sword made of Latex high-quality, perfect for any adventure LARP. Continue your adventures through the lands of the West. Manufactured by Windlass Steelcrafts®   Approved for use LARP Ideal for events, LARP, weapons,...
Add to cart
Favorite 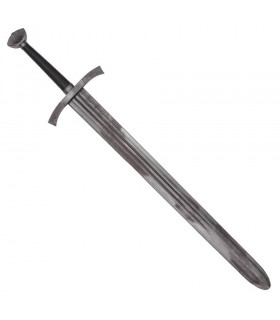 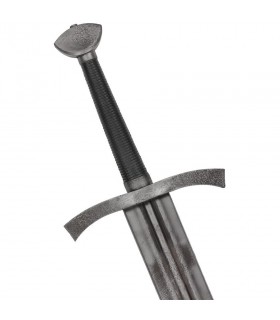 Sword of Veteran version of Robbert Stark ideal for LARP. The sword Robbert Stark LARP is a great addition to the collection Squire. Manufactured with foam Calimacil securely, this weapon will give you years of good...
Add to cart
Favorite