Floki is a genius building ships and designs and builds the models of the new generation of Viking ships that sail not only through the oceans but also through shallow rivers. Without Floki, Ragnar would not have succeeded in fulfilling his dreams of discovering new lands and other civilizations.

Floki's choice of weapons is as wide as his dexterity: ax and adze. They are weapons used to build their ships and both are used during the battle. 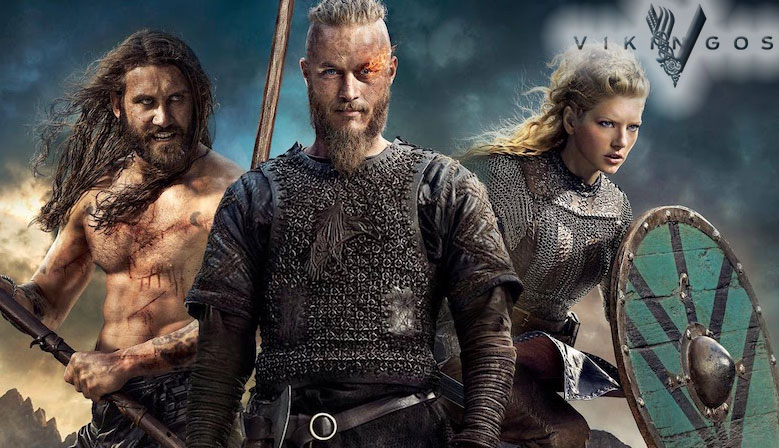 €17.80
Viking knife forged by hand in carbon steel 2 mm. Includes sleeve.IMPORTANT: This knife should not be used in food preparation. p&gt;
View more

Authentic Viking horn without hole in the bottom with a length of 15-20 cm. and approximately 100 ml capacity. It is empty and polished. Includes a leather, brown or black clamp, so you can wear it hanging from any...
Add to cart

€86.78
Sword of the Kings of Ragnar Lodbrok, who appears in the series of Vikings. It is a sword with the blade forged in stainless steel. Includes wooden stand with the logo of the series. This is a replica NOT the official.
View more

€244.43
Official Viking Sword of Lagertha based on the television series, Vikings. Made with 420 black stainless steel blade, zinc guard and knob and leather covered handle. Includes wooden support decorated to hang on the...
View more

6 other products in the same category:

€59.42
Axe Viking of Rommunds - Gotland - Sweden inspired by the one found in Sweden dated to the years 800-1099 d.C. The head is made of carbon steel and is forged by hand. The handle is made of ash wood.Even if it comes...
Add to cart

Hacha replica gun used in Germany in the seventeenth century. The total size of the weapon is 54.5 cms. Made of Zamak and wood.
Add to cart

€79.98
Gotland ax X century Viking cross. Ax head made of steel with blunt edge EN45. It comes riveted to a wooden handle. It takes its name because it was found on the Swedish island of Gotland.
Add to cart

medieval ax with etched nickel. Made of carbon steel.
Add to cart

€56.12
We introduce the Axe of Ragnar Lothbrok from the Series Vikings. Made of wood and stainless steel. Includes wooden display for display on the wall. Product is NOT official.
View more