Peto of the Knights Templar with silkscreened cross. The Order of the Poor Knights of Christ (Latin: Christi commilitones Pauperes Templique Solomonici), commonly known as the Knights Templar or the Order of the Temple (French: Ordre du Temple or Templiers) was one of the most famous Christian military orders. This organization was active for just under two centuries. It was founded in 1118 by nine French knights led by Hugo de Payens after the First Crusade. Its original purpose was to protect the lives of Christians pilgrimage to Jerusalem after its conquest.

Officially approved by the Catholic Church in 1129, the Knights Templar grew rapidly in size and power. The Knights Templar used it as distinctive a white robe with a red cross on it. Member of the Order of the Temple were among the best-trained military units that participated in the Crusades. Non-combatant members of the Order managed a complex economic structure throughout the Christian world, creating new financial techniques that constitute an early form of modern bank building and a series of fortifications throughout the Mediterranean and the Holy Land.

The success of the Templars is closely linked to the Crusades; the loss of the Holy Land led to the disappearance of the support of the Order. In addition, rumors generated around the secret initiation ceremony of the Templars created great distrust. Felipe IV of France, greatly indebted to the Order, began pressuring Pope Clement V in order that it take action against its members. In 1307, a large number of Templars were arrested, induced to confess under torture and later burned at the stake. In 1312, Clement V gave in to the pressures of Felipe and dissolved the Order. The sudden disappearance of its social structure led to much speculation and legends, which have kept alive the name of the Knights Templar to the present day. 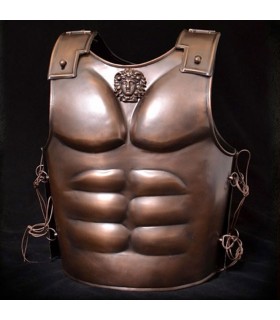 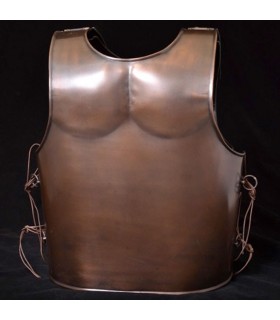 £158.63
Spartan armor composed of a complete muscular breastplate and backplate. The armor is made of steel with a bronze finish. The closure system is hooking are situated on top of the shoulders and adjusted with straps...
Add to cart
Favorite 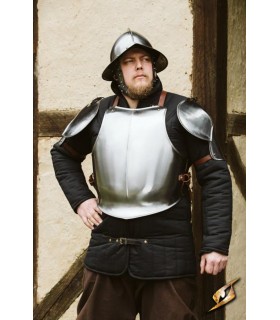 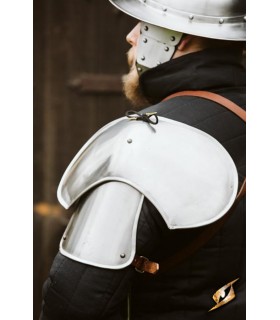 £246.54
Full Set of Infantry Conquerors composed of a helmet Helmet, a gambesón long sleeve, shoulder pads and a breastplate.Helmet Helmet: Is a helmet of steel inspired by the Spanish conquistadors from the FIFTEENTH to the...
View more
Favorite 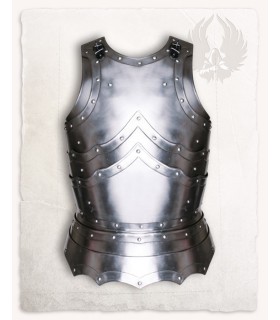 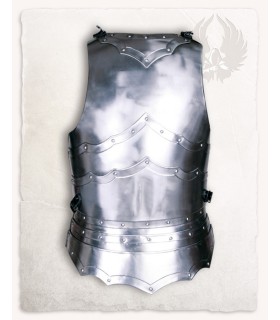 £188.90
Balthasar full breastplate composed of two pieces connected by leather straps that allow adjusting the armor. The chest part is composed of several Cloaks of metal edged. The back is rigid and decorated with trim. The...
Add to cart
Favorite 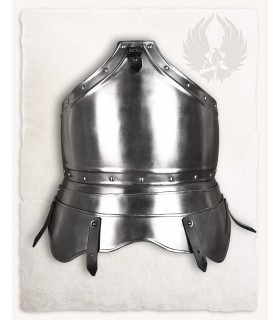 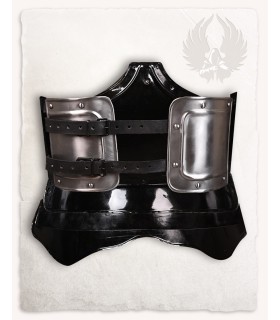 £113.30
Peto medieval set Georg, manufactured in carbon steel with a thickness of 1.2 mm The bib is adjusted by means of two leather straps. We recommend that you wear this breastplate over a gambesón or other quilted jacket....
Add to cart
Favorite

£89.33
Peto European of the FOURTEENTH and FIFTEENTH centuries. It is made in mild steel 1.3 mm (16 guage) thick. It is attached to the body with a few leather straps. Available in size M and L. Weight size M: 3.8 KgHeight...
Add to cart
Favorite