It is the most spectacular swords in the History of Spain. The Catholic Monarchs' original sword is one of the most emblematic objects of the Real Spanish Army. It is a replica of the mythical sword which the Catholic Monarchs, Ferdinand and Isabella, named Columbus Gentleman with after his return from the first trip to. 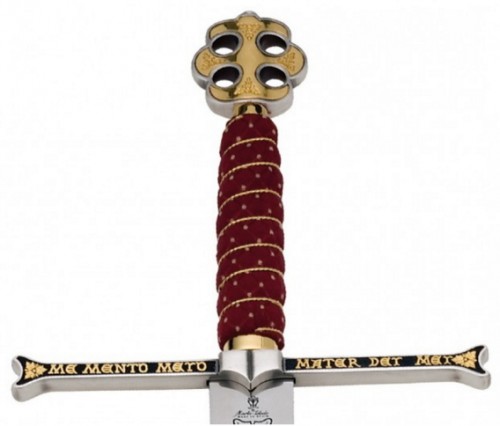 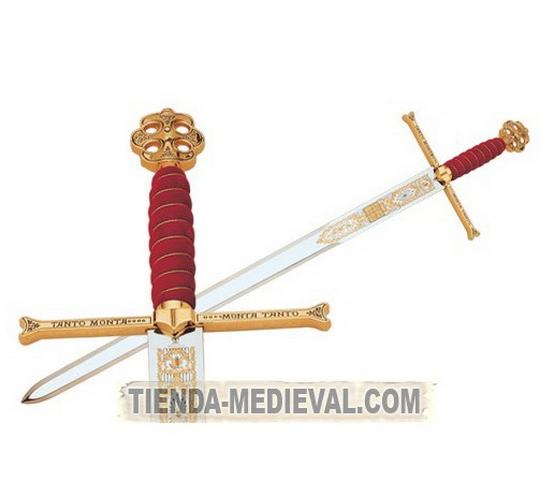 This sword is called "Ceremony" and was used as "Standard bearer" in all religious ceremonies or significant public events of their reign, such as the Conquest of Granada and the beginning of Spain as a nation. Until the eighteenth century it was used in ceromonies at Court, as investitures of knights, oaths of Princes of Asturias or the triumphal arrival to the Monarchs in the cities. Sword of the Catholic Monarch. 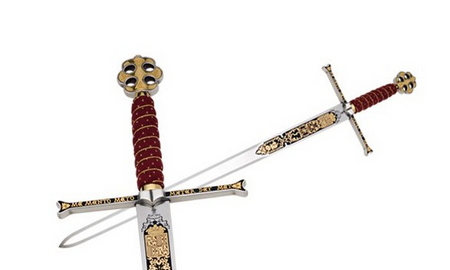