Indian Knife Khyber aged finish on the whole blade. Bronze handle and buffalo horn worked and painted in a full tang profile with the usual ring on the end of the handle that is often used to hold the wrist. The 'T' shaped blade has a raised spine along the blade, which allows the blade to be thin to hold a very sharp edge while remaining extremely strong.

This type of Charay knife (also known as Charas, Churea and Salawaryatagan) was used for the first time in Indo-Persia, but quickly spread through the Near East, and was known as 'Khyber Knife'. It became very popular among the native tribes of the Khyber Pass area against the British. It is still used today in Afghanistan, Pakistan and northern India. 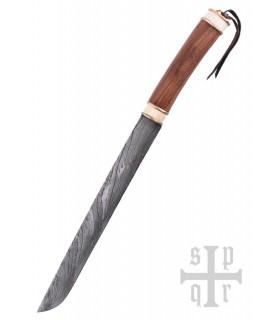 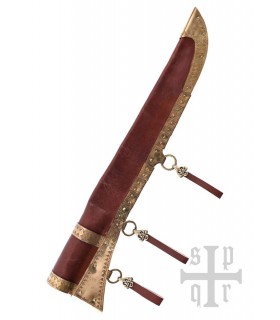 £210.14
Knife Viking model Seax. The blade comes sharp and is forged in damascus steel of 256 layers. The grip is of wood of walnut and finished on both sides with rings of bone and brass. Has a cross section oval shape that...
Add to cart
Favorite 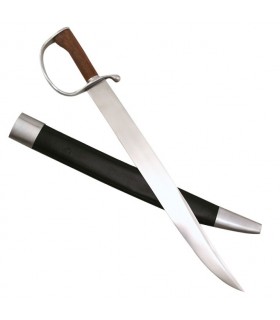 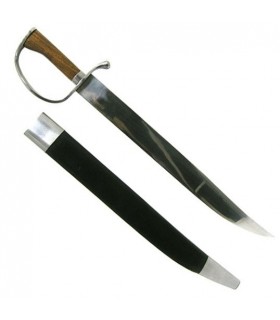 £59.44
Bowie knife used by the Confederates in the American Civil War. It is functional. Blade made of carbon steel.
Add to cart
Favorite 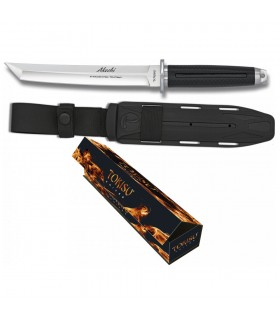 £47.51
Japanese knife Tokisu Akechi with a sheet of 19.4 cms. made in stainless steel. 7Cr17MoV (CNC). The handle of this knife is made of rubber thus offering a better grip. Includes a nylon sheath.
Add to cart
Favorite

£59.44
The Ames Bowie 1830 knife is a replica of 1085 carbon steel forged by hand. It has a silver guard, a one-piece handle with a rectangular wooden handle that is fastened with four silver pins, each with a small silver...
Add to cart
Favorite 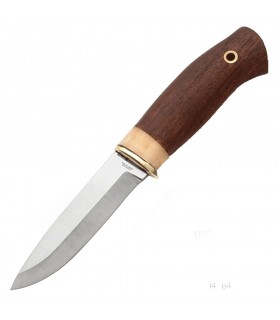 £59.44
Knife nordic model Mora with a design influenced by the knives Swedish. Its simple beauty and great performance are the main features of this elegant knife. Sheet of stainless steel. resistant X46Cr13. Takes a guard...
Add to cart
Favorite