Sword of a hand model Henry in the video game Kingdom come Deliverance suitable for the LARP. Created in collaboration with Warhorse Studios, here is the sword of Henry of the universe of Kingdom come: Deliverance, an rpg, a medieval open world first person for a player, set in 1403 Bohemia in the Holy Roman Empire. This official replica is crafted and designed from original resources of the game. Made of foam safe, it's gentle enough to ensure a safe use in mock combat and LARP, but it is firm enough for the use of cosplay and accessories.

Become Henry, the son of a blacksmith, and enters the service of a nobleman who assigns you tasks and missions interesting. The way you choose to shape your character depends entirely on you. Choose how you want to that you know: you can be merciful, to forgive someone or to surrender in the battle, or you can be feared and threatening to other residents. No matter what you do, the world will give a proper response and reasonable to their actions.

Kingdom come: Deliverance features a combat system that is only exclusive to the gaming market which focuses on the fight with swords in Europe real historical. Techniques of medieval combat with swords, have been decoded and can be mastered in the game. Now, you can also train your fighting techniques with swords in real life without anything worse than the sword of Henry. 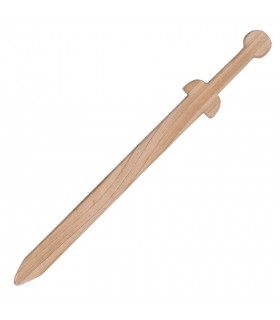 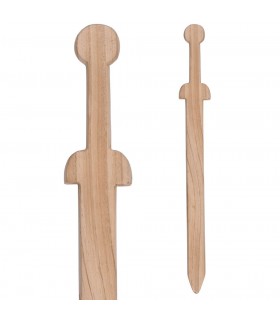 £20.53
Gladius sword of wood for small-scale Roman Legionaries made in a single piece of wood.
Add to cart
Favorite 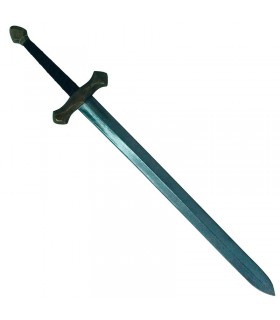 Sword Squire for children, made in rigid plastic (polyurethane). This article is a perfect gift for the young warriors. The squire was the gentleman who wore the crest guerriero, and in a period of peace was the...
Add to cart
Favorite

Stylish massive wooden sword for children with Friedrich smoothed wrapped wooden handle gives stability fist. CAUTION! Not suitable for children under 3 years because of the danger of small-piece choke. Use only under...
Add to cart
Favorite