Sword Krug of the gentleman of the War Orco, LARP

Sword Krug of the gentleman of the War Orco ideal for the LARP. This sword LARP aspect evil from Calimacil is designed to function well as a sword LARP, or as a piece for show or cosplay. With a design sufficiently intricate and creative to adapt to a variety of characters and roles, and its construction of durable foam is also ideal for combat. The grip of bone offers a touch chillingly unique that will make that Krug, the Bone Splitter, stand out in the locker room and on the field of battle.

The sword is just perfect for a necromancer or dark magician, as well as for a dark elf or a race of monsters, the sword LARP Krug seduces its wearer with a feeling of power and dominance in the rough. He wields a sword made of the bone of one of the creatures most powerful of the Second Age and discover where it will take you to your dark destination.

During the War in the North, Krug, lord of war orc won numerous battles. As he was always fighting in the front lines with his troops, the morale was at its highest point. Rising to more than six feet, the lord of war orc pulled a sword that fit well for your range. A sheet of steel hammered out of the scope of which was more than enough to terrify. The sheet was mounted on the leg bone of a giant that had been slaughtered in battle by the Krug. After years of rampage and destruction, the lord of war orc disappeared without explanation. One thing was for sure: any warrior, for formidable he is, had managed to defeat Krug and I would have succeeded. A special thanks to Vincenzo Viscuso by the original name.

Best Price Guaranteed about "Sword Krug of the gentleman of the War Orco, LARP" 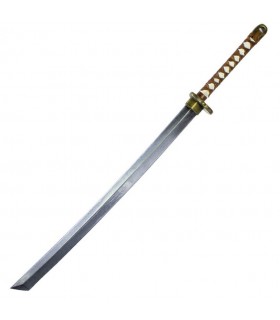 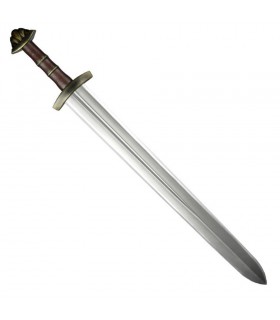 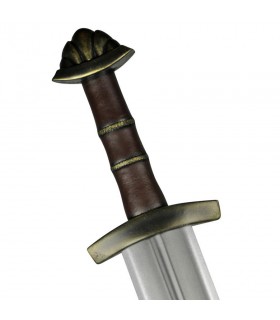 Sword warrior viking model Freydis ideal for the LARP. Freydis is the first sword that presents our new handle. Color, with brass guard and pommel surrounding a handle similar to leather, adorned with rings of brass....
Add to cart
Favorite 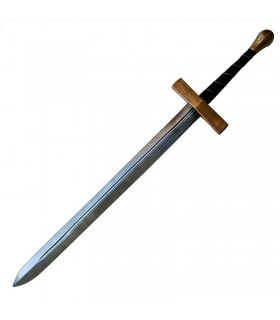 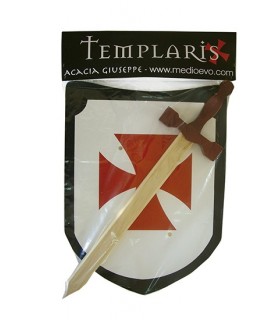 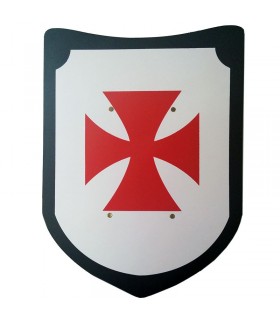 Templar Set for children composed of a sword and shield. Made of sturdy plywood. P&gt;CAUTION! Not suitable for children under 3 years because of the danger of small-piece choke. Use only under adult supervision.
Add to cart
Favorite