The knives of Kratos, God of War

The knives of Kratos, main character of the video game series God of War. The blade is carbon steel and the two knives are attached with a string. Includes wooden stand.

God of War (literally in Spanish, God of War) is a series of video games in 3rd person, created by SCE Santa Monica Studio and distributed by Sony Computer Entertainment. It is based on the adventures of a demi-god spartan Kratos, who is facing various characters from Greek mythology and nordic, both heroes (Heracles, Theseus, Perseus, etc); species-mythological (gorgons, harpies or minotaurs); Greek gods (Ares, Poseidon, Zeus, among others), titans (as Chronos) and primordial gods (like Gaia). Although the spartan warrior's customary enmity with most of the gods, receives help from many of them at some point of every delivery, especially of Athena.

Best Price Guaranteed about "The knives of Kratos, God of War" 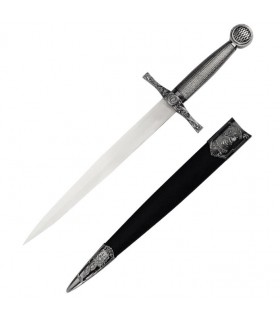 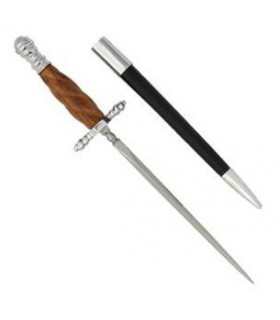 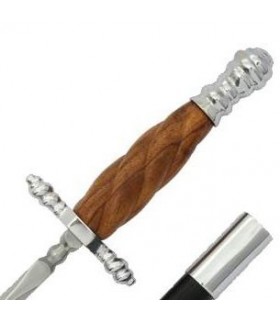 Discount-10%
Functional Venetian styling with sheath. The blade has a triangular shape and is made of 1055 high carbon steel. The handle is made of wood with metal knob. The stylus includes a leather sheathed wooden sheath.
Add to cart
Favorite 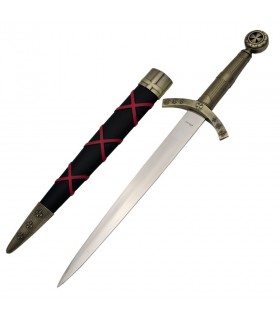